Carol is the Samuel Candler Dobbs Professor of Anthropology at Emory University (Atlanta), where she also directs the Laboratory for Comparative Human Biology. After taking a dual undergraduate degree in biology and botany at Pomona College, Dr. Worthman took her PhD in biological anthropology at Harvard University, having also studied endocrinology at UCSD and neuroscience at MIT under Jack Geller and Richard Wurtman, respectively. She joined the nascent anthropology faculty at Emory University in 1986, and established a laboratory pioneering the use of biomarkers in population research.

Professor Worthman takes a biocultural approach to pursuit of comparative interdisciplinary research on human development, and biocultural bases of differential mental and physical health. She has conducted cross-cultural biosocial research in thirteen countries, including Kenya, Tibet, Nepal, Egypt, Japan, Papua New Guinea, Vietnam and South Africa, as well as in rural, urban, and semi-urban areas of the United States. For over 20 years, she collaborated with Jane Costello and Adrian Angold in the Great Smoky Mountains Study, a large, longitudinal, population-based developmental epidemiological project in western North Carolina. Current work includes a study of the impact of television on adolescent sleep/wake patterns in the context of a controlled experiment with Vietnamese villages lacking both television and electricity. She has led development and implementation of the neuroscience component in the Emory-Tibet Science Initiative since its inception in 2008. Roll-out of the program in the regular monastic curriculum in India now is now in its third year. 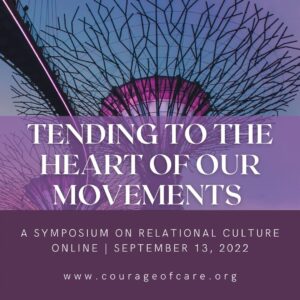 REGISTER FOR THE SYMPOSIUM!