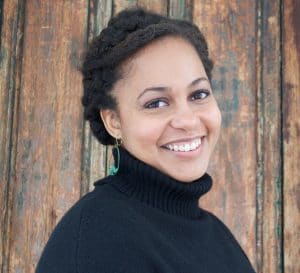 Chrissy is passionate about teaching and learning and interested in guiding students in developing a critical social analysis. Through an exploration of identity, history, race and ethnicity, Chrissy has spent the last ten years supporting middle school students in exploring our social world, understanding the ways in which race and ethnicity influence American society and developing tools for thinking critically about American history and our current reality. Recently, Chrissy has worked to infuse this critical social analysis with tools to build courage, and resilience and to foster love for self and others.

Chrissy holds a B.A in Comparative Ethnic Studies from Barnard College. While at Barnard, she served as research assistant on the NYC Young Children’s Project interviewing young children who were directly exposed to the September 11th attacks in NYC. Chrissy went on to receive her MS.Ed. degree in Special Education and Behavior Disorders from Hunter College. She has served both independent and charter schools as an educator, diversity coordinator, and advocate, and has helped establish and develop curriculum for students of color. Chrissy also has experience developing middle school ethnic studies curricula that supports students in developing a critical social analysis.

While supporting students in a deep exploration of ethnic and racial identity development, Chrissy sought out methods for bolstering students’ resilience and courage to engage with such issues. Chrissy became the lead contributor to the Call to Care Program, part of the Ethics, Education and Human Development initiative at the Mind and Life Institute.  Chrissy continues to deepen her understanding of the intersection between contemplative practice and social transformation. Through her work at Courage of Care she explores ways to empower people and especially members of historically marginalized groups to envision and realize compassionate liberated communities.