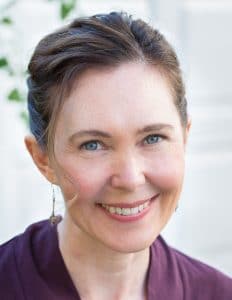 Interfaith Council
Willa is the Founder and Spiritual Director of Natural Dharma Fellowship in Boston, MA and its retreat center Wonderwell Mountain Refuge in Springfield, NH. She is Visiting Lecturer in Buddhist Ministry at Harvard Divinity School. Her books include The Arts of Contemplative Care: Pioneering Voices in Buddhist Chaplaincy and Pastoral Work (2012), Everyday Dharma: Seven Weeks to Finding the Buddha in You (2009), and Essence of Ambrosia (2005). She is also published in a number of anthologies (most recently Dancing with Dharma: Essays in Movement and Dance in Western Buddhism) and journals including the Journal of the International Association of Buddhist Studies, Buddhadharma, and the Tibet Journal. Willa’s teaching interests include compassion, non-dual embodiment and contemplative care. She leads meditation retreats and workshops throughout the United States, especially in the Northeast. Website: http://www.naturaldharma.org.

Hal is professor of religious studies and founding director of the contemplative studies initiative at Brown University. He is a specialist in classical Chinese philosophy and textual analysis, the Daoist tradition, the comparative study of contemplative practices and results, and a pioneer of the academic field of contemplative studies, in which he created the first Arts and Sciences concentration and co-created the first medical school concentration in North America. He has published six books and more than 50 scholarly articles in these areas including Original Tao (Columbia, 1999), a translation and analysis of the oldest text on breath meditation in China, and “Against Cognitive Imperialism” (Religion East and West, 2008), a critique of conceptual bias in Cognitive Sciences and Religious Studies. He has been the recipient of grants and fellowships from the American Council of Learned Societies, the National Endowment for the Humanities, and the Chiang Ching-kuo Foundation for International Scholarly Exchange.

Judith is Distinguished Professor of Contemplative and Religious Studies at Naropa University in Boulder, Colorado, where she has taught since 1978.  She is an Acharya, senior dharma teacher, in the Shambhala lineage of Chogyam Trungpa Rinpoche, Naropa’s founder. Judith founded the Center for the Advancement of Contemplative Education at Naropa University, and serves as senior advisor. The Center builds on Naropa’s forty-plus years’ heritage as the pioneering higher educational institution in contemplative learning, and fosters collaborations and trainings for faculty in best practices. She is the lead for Naropa’s Compassion Training program that joins compassion practices with neuroscience, social science, and humanities. Her book, Dakini’s Warm Breath (Shambhala 2001), comes from her academic specialty in tantric Indian and Tibetan Buddhism. With Fran Grace, she edited a collection of articles called Meditation in the Classroom: Contemplative Pedagogy for Religious Studies (Religious Studies Series, State University of New York Press, 2010).

Carol is the Samuel Candler Dobbs Professor of Anthropology at Emory University (Atlanta), where she also directs the Laboratory for Comparative Human Biology. After taking a dual undergraduate degree in biology and botany at Pomona College, Dr. Worthman took her PhD in biological anthropology at Harvard University, having also studied endocrinology at UCSD and neuroscience at MIT under Jack Geller and Richard Wurtman, respectively. She joined the nascent anthropology faculty at Emory University in 1986, and established a laboratory pioneering the use of biomarkers in population research.

Professor Worthman takes a biocultural approach to pursuit of comparative interdisciplinary research on human development, and biocultural bases of differential mental and physical health. She has conducted cross-cultural biosocial research in thirteen countries, including Kenya, Tibet, Nepal, Egypt, Japan, Papua New Guinea, Vietnam and South Africa, as well as in rural, urban, and semi-urban areas of the United States. For over 20 years, she collaborated with Jane Costello and Adrian Angold in the Great Smoky Mountains Study, a large, longitudinal, population-based developmental epidemiological project in western North Carolina. Current work includes a study of the impact of television on adolescent sleep/wake patterns in the context of a controlled experiment with Vietnamese villages lacking both television and electricity. She has led development and implementation of the neuroscience component in the Emory-Tibet Science Initiative since its inception in 2008. Roll-out of the program in the regular monastic curriculum in India now is now in its third year.